We've noticed this is not your region. Redirect me to my region
What do you want to learn today?
Back to Courses

This course contrasts the technical and commercial differences between LNG and natural gas to point out benefits and constraints that arise from the LNG option. It will examine the technical process of producing LNG, plant design considerations, global comparisons along with the design of regasification terminals.

A description is given of the elements in the ‘gas chain’ which apply to LNG and of drivers that would lead to optimisation of design and commercial operation, and the range and role of relevant parties to a successful LNG project. LNG safety is covered in detail, along with ways and means by which a new entrant to a proposed LNG project may ensure an investment that meets expectations.

An introduction to terminology and practical ‘rules of thumb’ should further enhance the participant’s ability to immediately contribute to a successful gas project – and to ask the right questions to test and improve the viability of a proposed project.

New initiatives in floating LNG technology, both liquefaction and regasification, will be examined. Floating regasification projects are contrasted with land-based projects. Actual case histories will be used frequently to demonstrate learning points.

Objectives of this course is to provide the newcomer to a LNG project development team with insight into the fundamental principles governing the successful development and operation of an LNG project.

An introduction to the unique physical characteristics of NG and LNG is presented so that technical and commercial opportunities and constraints may be understood and contrasted with other liquid and gaseous fuels.

The cryogenic temperature of LNG and the generation of large quantities of gas on vaporisation require significant and different safety requirements for the safe handling, storage and use of LNG.
LNG will be compared with other fuels.

Summary and review of course

Further training
For those looking for an LNG basic awareness course we have a 1-day program available please visit the website for further information.

Richard is a private consultant in the field of natural gas market development with 40 years in the business and is interested also in the integration of commercial and environmental opportunities offered by the use of natural gas.

Richard was formerly with the Shell Group of Companies for 30 years. His final post was General Manager, Natural Gas and Project Development Manager for Shell in China from 1997 to 2001. His main responsibility was to develop a liquefied natural gas (LNG) import project, as well as sales and marketing of natural gas, in China.

Richard acted as the Shell delegate on the joint venture project committee of the Australian North West Shelf LNG project between 1993 and 1997. During that period he was also gained government experience in a part-time secondment to the COAG Natural Gas Taskforce (to develop a national gas regulatory regime) to coordinate and report on the deliberations of the Upstream Working Group. He served on the NWS Exploration Committee from 1985 to 1990.

Prior to that, Richard was involved in managing the application of onshore and offshore technologies for Shell’s own exploration and production program – the successful development of gas projects for base and peak load duties in the UK Southern North Sea gas province, gas and oil venture assessments in Russia, Kazakhstan and Turkmenistan, and deep-water gas and oil discoveries in the Philippines.

Richard has developed and currently facilitates an internationally recognised course on LNG and gas projects. He was formerly an occasional lecturer with the short course program of the University of New South Wales, School of Petroleum Engineering. Richard has a Bachelor of Science (Physics) and a Bachelor of Arts (Mathematics & Economics) from the University of Melbourne.

Michael is an energy professional with 40+ years of worldwide experience particularly in gas and LNG, most recently in Australia, China and Taiwan and. He has expertise in all technical and commercial phases of the gas and LNG business, and is acknowledged by industry experts, governments and government expert committees. He has proven abilities in technical design, project development, strategy and building and leading teams.

Michael is now an independent consultant. Was a non-executive company director of Epic Energy Holdings, a gas pipeline company, and is a member of the Panel of Experts of the Western Australian Gas Review Board. Previously he had a 33 year international career with Shell, culminating as Managing Director (Gas & Power) for the Shell Companies in North East Asia.

With vast experience working with governments, Michael has been acknowledged as a major influence in for changing China’s energy policy to import LNG and to utilise gas. Locally Michael had a 3 year secondment to the Western Australian Government as Development Director for the Department of Resources Development where he liaised, negotiated with and assisted senior ministers and policy developers.

Michael’s influence on the development of energy policy in China and in Taiwan was recognised by the Energy Working Group of APEC and by the associated policy development body, APERC (Asia Pacific Energy Research Centre, based in Tokyo). For a number of years he recommended and critique energy policies developed by APERC.

Michael was the inaugural manager of the onshore treatment plant of the North West Shelf LNG Project in Karratha, Western Australia, where he set up the organisation and managed the start-up and operation of the plant. As several innovative organisational concepts were pioneered, this involved complex, successful negotiations with unions to secure their buy-in, all against a tight timeframe.

Michael was awarded an Order of Australia Medal by the Australian Government in 2015 for services to the LNG industry.

Reviews
Be the first to write a review about this course.
Write a Review

Whether you have one person, handful of people, or an entire division needing skills development, our learning programmes will help meet the development needs of your work force.

We are based in Sydney’s CBD and employ around fifty staff. We are part of the global Informa Group PLC, listed on the London Stock Exchange (INF).

Login
** To add the schedule/s, download and export the .ics file to your calendar. ** 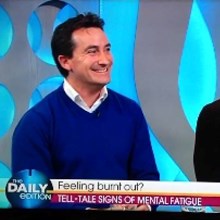